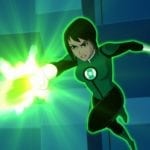 The Hollywood Reporter has revealed the first bit of information regarding the upcoming DC animated film, Justice League vs. The Fatal Five. Coming from executive producer and DC animation legend Bruce Timm, the film will be set in its own continuity and have no connection to many of the previous films in the DC animated film canon […]