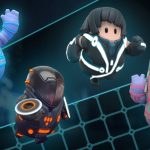 Mediatonic and Disney have teamed up to bring the costumes from the hit 1982 film, TRON, and the 2010 sequel, TRON: Legacy, to Fall Guys: Ultimate Knockout.  From the 24th May, players will be able to dress their jelly bean character up as either Tron, Sark, Quorra and Rinzler. Bring the Tron movies costumes to your character […] 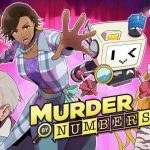 The Irregular Corporation and developer Mediatonic have announced the launch of their 90s themed detective puzzler Murder by Numbers on Nintendo Switch and PC via Steam.  This 90s themed “whodunnit” will provide a series of puzzles to solve in order to find out the guilty party.  A new launch trailer has been released and can […] 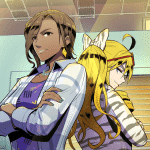 The Irregular Corporation and developer Mediatonic have announced that their 90s themed detective puzzler Murder by Numbers will launch on Nintendo Switch on 5th March and on PC via Steam on the 6th March.  This 90s themed “whodunnit” will provide weird and wonderful puzzles set to a soundtrack composed by Masakazu Sugimori, composer of Phoenix […]