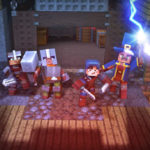 Mojang, the developers behind Minecraft, have revealed their next title at E3 2019 – Minecraft Dungeons. You can watch the reveal trailer here… Minecraft Dungeons is an new action adventure game clearly inspired by classic dungeon crawling games. The game will allow players to personalise their characters and play in a variety of ways such as up-close and personal […] 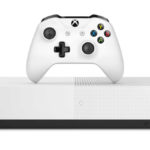 Microsoft has announces its new Xbox One S Digital Edition, which is set to be the cheapest member of the Xbox family of consoles with a price tag of $250, and will only play digital version of games purchased from the Xbox Live Marketplace. A Microsoft spokesperson stated to IGN that: “Microsoft sets a suggested […]

The ever shrinking list of Microsoft exclusive games appears to be getting smaller all of the time, with Platinum Games confirming that Xbox One title Scalebound has been cancelled, disappointing many gamers who were looking forward to co-operative action RPG fighting. Platinum Games confirmed the news today on Twitter… After careful deliberation, Microsoft Studios has come to the decision […]