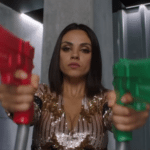 Netflix has cast Mila Kunis (The Spy Who Dumped Me) to lead its adaptation of Jessica Knoll’s novel Luckiest Girl Alive from director Mike Barker (The Handmaid’s Tale). Luckiest Girls Alive follows “Ani FaNelli, a sharp-tongued New Yorker who appears to have it all: a sought-after position at a glossy magazine, a killer wardrobe, and […] 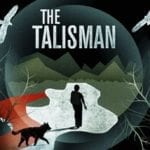 According to Collider, veteran TV director Mike Barker (Fargo, Broadchurch, The Handmaid’s Tale) is set to direct a big screen adaptation of the 1984 fantasy novel The Talisman from Stephen King and Peter Straub, which is being produced by Amblin Partners and The Kennedy/Marshall Company. The Talisman follows a young boy who embarks on a […]