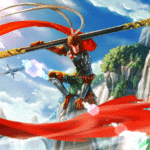 Legendary action director John Woo is set to produce a Chinese superhero movie based on an unpublished story created by the late Stan Lee. According to THR, the film will be an adaptation of Monkey Master, an unreleased comic book series which Lee created alongside his longtime collaborator Sharad Devarajan in 2016, and which tells […]