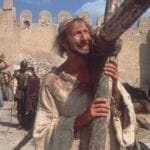 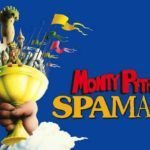 In this world of remakes, reboots, reimaginings, sequels and sidequels, people have seen just about everything at this point. However, they almost certainly haven’t seen a movie based on a stage show based on a movie. Step forward Eric Idle, who is writing the script for a film adaptation of Spamalot – his hit Broadway […]

A new video has arrived online which sees Terry Gilliam, Terry Jones, John Cleese and Michael Palin unboxing the upcoming 40th Anniversary Edition of the classic comedy Monty Python and the Holy Grail, whcihc omes complete with castle, catapult, and a selection of plastic farm animals… UPDATE: And here’s the trailer… Along with the castle […]