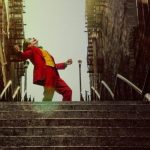 In the wake of Joker’s success, Tom Jolliffe looks at similar cinematic examples of the disturbed outsider… With a quarter billion in takings and counting, as well as divisive reviews, media attention up the wazoo, and a status (particularly among the 18-30 viewers) as a cinematic masterpiece, Joker’s depiction of disturbed isolation and disconnect from […] 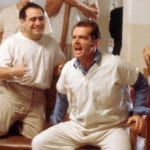 On The Pick of the Flicks Podcast, a different guest drops in every week to chat about their favourite movie. This week, the star and co-writer of Gloves Off, Brad Moore, comes in to discuss One Flew Over the Cuckoo’s Nest… This week, actor Brad Moore comes in for a chat about his new movie […]

A One Flew Over the Cuckoo’s Nest prequel series starring Sarah Paulson as Nurse Ratched has been ordered by Netflix. The series comes via American Horror Story creator Ryan Murphy who will be reuniting once again with Paulson. The prequel show that will focus on the origins of the notorious psychiatric administrator Nurse Ratched. The […]

Sam Carey on Barry Lyndon and the Oscars… March 1976 saw One Flew Over The Cuckoo’s Nest fly in to the 48th Academy Awards and leave with statues for Best Actor, Best Actress, Best Screenplay, Best Director and Best Picture. It was only the second time a single film has walked away with awards in […]