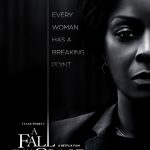 Ahead of its arrival on Netflix in just two weeks, the streaming service has released a trailer, poster and images for writer-director Tyler Perry’s upcoming thriller A Fall From Grace which stars Crystal Fox as a divorced woman who finds love with a younger man (Mehcad Brooks), only to find her whole life shattered when […] 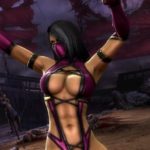 Having found Sub-Zero last month in The Raid’s Joe Taslim, casting on Warner Bros.’ Mortal Kombat movie reboot has now stepped up a gear with THR reporting that Ludi Lin (Power Rangers), Tadanobu Asano (Thor), Mehcad Brooks (Supergirl), and newcomer Sisi Stringer have all signed on to do battle in the Mortal Kombat Tournament. Lin […] 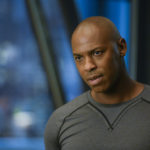 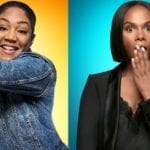 With a little over a week to go until Nobody’s Fool arrives in cinemas, Paramount Pictures has released the final red band trailer for writer-director Tyler Perry’s upcoming comedy which stars Tiffany Haddish, Tika Sumpter, Whoopi Goldberg, Omari Hardwick, Mehcad Brooks, and Amber Riley; watch it here… Trying to get back on her feet, wild child Tanya […] 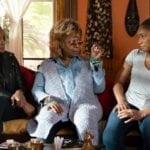 It’s a bird… It’s a plane… It’s… super good news! Ahead of the upfronts next week, CBS has officially granted a full series order to Supergirl. The series – developed by Arrow and The Flash producers Greg Berlanti and Andrew Kreisberg along with Chuck alum Ali Adler – was given a series commitment last fall, and has picked up quite a […]

In a great bit of meta casting, CBS’ Supergirl series has just added former Kryptonians Dean Cain and Helen Slater to its cast. Cain is of course known for his role as Clark Kent/Superman in ABC’s 1990s series Lois & Clark: The New Adventures of Superman, while slater played Kara Zor-El in the 1984 Supergirl film. There are, unfortunately, no […]

Melissa Benoist will soon be suiting up as the Last Daughter of Krypton on CBS’ upcoming Supergirl TV series, and, as expected, is feel pretty excited and pressured about the opportunity. In a new interview with Comic Book Resources, the Glee and Whiplash actress talked a bit about what we can expect from her approach to the character of Kara Zor-El: “What’s so […]

While it seemed likely that Superman would show up on CBS’ upcoming Supergirl series in some capacity, it’s now been confirmed by this casting call released by Project Casting: We are looking for BODY DOUBLE for a DC Comic Superhero – You must be available for an interview this Thursday and if selected will work several day […]

CBS’ upcoming Supergirl series has just cast another DC Comics character. According to Variety, Ally McBeal alum Calista Flockhart has been cast in the role of former Daily Planet reporter Cat Grant. In the comics, Grant is the fashion reporter at the famed Metropolis newspaper. In the Supergirl series, she’ll be “a self-made media magnate and founder of CatCo,” where Kara […]