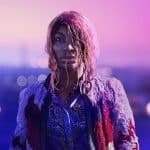 Amazon Studios has just expanded the cast for its upcoming series reboot of the action comedy Mr. and Mrs. Smith. Joining Donald Glover (Community) and Maya Erskine (PEN15) in the series is Michaela Coel (I May Destroy You) and The Batman‘s John Turturro and Paul Dano. The series is inspired by the 2005 film directed by Doug […]