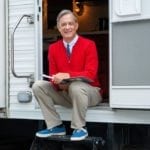 The Fred Rogers biopic starring Tom Hanks has undergone a title change. Formerly known as You Are My Friend, the film has now been officially titled A Beautiful Day in the Neighborhood, after the theme song of Rogers’ beloved television series. Directed by Marielle Heller (Diary of a Teenage Girl), the film stars Hanks as Mr. Rogers, […]

TriStar Pictures has released the first image of Tom Hanks as Fred Rogers in the as-yet-untitled film based upon the life of the popular television personality and host of Mister Rogers’ Neighborhood. The film, developed under the title of You Are My Friend, is being directed by Marielle Heller (The Diary of a Teenage Girl), who […] 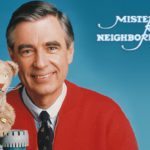 Tristar Pictures have announced the casting of Tom Hanks to play Fred Rogers, the children’s television icon who created Mr. Rogers’ Neighborhood, in a biopic titled You Are My Friend. Marielle Heller (Diary of a Teenage Girl) will direct the film from a script by Micah Fitzerman-Blue and Noah Harpster (Transparent, Beautiful Ruins). You Are My Friend is inspired […]