Nic Pizzolatto, the creator and writer of True Detective, believes he has a really exciting idea on his hands for season four. True Detective certainly took a slump with its second season, unable to match the universal acclaim of season one, however, season three brought the series back in great style, returning the show closer […] 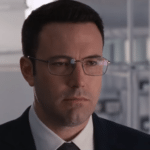 Ben Affleck (Triple Frontier) will be making his return to the director’s chair with the World War II drama Ghost Army for Universal. Per Deadline, Affleck will direct and star in the film based on the true story of the 23rd Headquarters Special Troops during the war. Nic Pizzolato (True Detective) has written the script from an […]

Ahead of its season premiere this Sunday, HBO has released a new featurette for season 3 of the acclaimed anthology crime drama True Detective which includes interviews with creator Nic Pizzolatto, and stars Mahershala Ali, Stephen Dorff, and Carmen Ejogo who discuss the story, characters and timeline of the new season; watch it here… “Partner […] 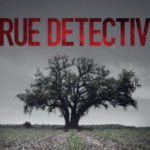 As HBO prepares its third season of True Detective, it has added yet another cast member. According to The Hollywood Reporter, Mamie Gummer (The Good Wife) has joined the season in a significant role. She will portray Lucy Purcell, a mother of two at the centre of a tragic crime. She joins Mahershala Ali, Carmen Ejogo, Stephen […] 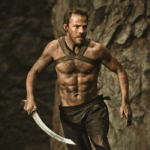 With HBO having ordered a third season of its anthology series True Detective, a new addition to the cast has been announced. Stephen Dorff (Blade) will star alongside Moonlight’s Mahershala Ali and Selma’s Carmen Ejogo as State Investigator Roland West, partner to Ali’s Wayne Hays. The third season will focus on a crime in the heart of the Ozarks, with […]

Back in June it was announced that Oscar winner Mahershala Ali had been tapped to star in a third season of True Detective, and now HBO has officially given the green light to the series, which will see creator Nic Pizzolatto and Jeremy Saulnier (Green Room) directing. “Nic has written truly remarkable scripts,” said HBO […]

There is life! True Detective is to be brought back to TV after a two year absence for a third season. When season one of the show hit screens back in 2014, quite the cultural phenomenon was created. The anthology drama based around two cops investigating a deeply disturbing string of murders hooked audiences on […]

After failing to get a big screen adaptation off the ground a few years back, Robert Downey Jr. is now taking Perry Mason to the small screen, teaming up with HBO and True Detective creator Nic Pizzolatto for a reboot of the classic legal drama. According to Variety, the project is eyeing a short run […]