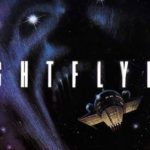 With the success of Game of Thrones it’s been inevitable that some of George R.R. Martin’s other successful properties would be picked up for the screen, and according to Variety, Syfy has grabbed the next series from the multi-talented sci-fi and fantasy author, giving a series order to Nightflyers. Previously adapted to film in 1987, Nightflyers sees the […]

Back in May it was announced that Syfy had picked up the rights to A Song of Ice and Fire creator George R.R. Martin’s 1980 novella Nightflyers for a TV adaptation, and now comes word from Variety that the project has officially been ordered to pilot. “We are looking forward to diving deeper into George […]

More of George R.R. Martin’s work will be coming to television, but this time its not connected to the A Song of Ice and Fire saga or the potential four spin-offs of Game of Thrones as SyFy has announced that it will develop Martin’s novella Nightflyers with Jacob’s Ladder‘s Jeff Buhler writing and executive producing the series. Written in 1980, Nightflyers is set […]