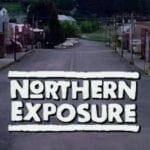 CBS is in development on a revival of the Emmy Award-winning 90s comedy-drama series Northern Exposure, with show creators Joshua Brand and John Falsey attached and Rob Morrow on board to reprise his role as Dr. Joel Fleischman. According to THR, the series would serve as a continuation of the original show, with Joel returning […]