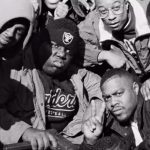 Christopher Wallace, aka The Notorious B.I.G., has already been the subject of some of the most fascinating documentaries such as Nick Broomfield’s controversial 2002 effort Biggie and Tupac, and also some fairly forgettable films, like 2009’s  Notorious, and the little-seen 2018 Johnny Depp thriller City of Lies. Well, now those closest to him are hoping […]