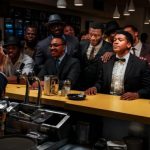 Following on from the news that the movie will have its world premiere at the Toronto International Film Festival in September, Amazon Prime Video has announced that it has secured the rights to Regina King’s (If Beale Street Could Talk, Watchmen) directorial debut One Night in Miami, which takes place on the night of Cassius […]