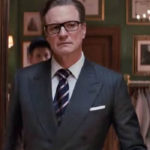 Straight out of the Cannes Film Festival, it has been announced that Colin Firth (Kingsman: The Golden Circle) will star in Operation Mincemeat, a World War II drama from director John Madden (The Best Exotic Marigold Hotel). The film is based on the true story of one of the war’s most successful and inventive espionage operations […]