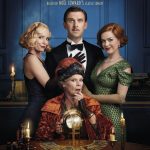 The first poster and trailer have debuted for the upcoming comedy Blithe Spirit. Directed by Edward Hall, the film is based on Noel Coward’s iconic play and stars Dan Stevens as a novelist suffering from writers block who desperate for inspiriation, hires a medium (Judi Dench) who was recently exposed as a fraud to perform […] 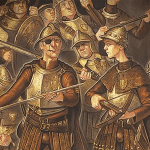