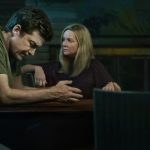 Netflix has released the trailer for the second half of Ozark‘s fourth and final season, which sees series stars Jason Bateman and Laura Linney as the sins of their past and their regrets begin catching up with them. Watch the trailer and check out the poster below… Marty and Wendy are rid of Helen and climb […] 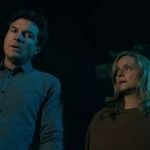 With just a couple weeks left until Netflix releases the first part of Ozark‘s final season, the streamer has released the final trailer which promises plenty of drama for Marty and Wendy’s role in the cartel as no one gets out clean. Watch the trailer here… Marty and Wendy are rid of Helen and climb to […]

Netflix has released a teaser trailer and first batch of images for the final season of Ozark. If the teaser and images are any indication, it looks like Jason Bateman and Laura Linney’s Marty and Wendy Byrde are in far much more trouble as their past sins catch up with them. The synopsis for the fourth […] 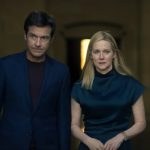 It might feel like a long time since that shocking turn of events during the gut-punch season three finale of Ozark, but the wait is nearly over to find out how Jason Bateman’s Marty Byrde can dig himself and his family an even deeper hole in the Missouri marshlands. Split into two 7-episode parts, Netflix […] 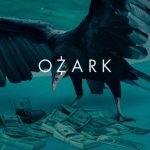 Armando Salas, the cinematographer for Ozark, has explained why season three felt brighter visually than the first two seasons. Ozark will finish up its run with a fourth and final season on Netflix, set to begin shooting this November. Season three was another acclaimed entry in the crime series but there was a noticeable difference […] 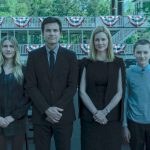 Jason Bateman, the star of Ozark, has revealed that filming gets underway this November. The fourth season of Ozark has been confirmed to be its last, with season three setting up what promises to be a tense and compelling final chapter for the Byrde family. Now, star Jason Bateman has confirmed that the final season […]

Netflix’s dark crime drama Ozark has been renewed for a fourth and final season. Ozark has been a big success for Netflix, both with audiences and critics – picking up 14 Emmy nominations since its first season in 2017. The Jason Bateman starring show will be coming to an end, however, with its fourth and […]

Netflix has released a new trailer for Ozark’s third season. Starring Jason Bateman and Laura Linney, the critically acclaimed crime drama is set to return to the streaming service on March 27th. Watch the trailer below…. They are all in. The Byrdes are back in business and the stakes have never been higher. As tensions mount […] 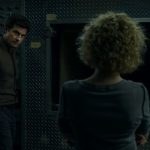 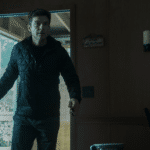 Netflix has announced that it has renewed the Jason Bateman and Laura Linney series Ozark for a third season, which will consist of 10 episodes and is expected to hit the streaming service in 2019. Ozark follows financial adviser Marty Byrde (Bateman) and wife Wendy (Linney) as they are forced to relocate their family from […]