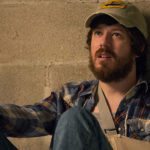 A couple months ago it was reported that Alias‘ Jennifer Garner was in talks to star in Peppermint, a female-driven ‘John Wick‘ type thriller. Now we have more movement on that film as Deadline has revealed that John Gallagher Jr. (10 Cloverfield Lane) and Richard Cabral (American Crime) have signed on to star opposite Garner in the […]

As production continues on Bumblebee, Deadline has revealed that John Ortiz (Miami Vice, Kong: Skull Island) has become the latest addition to the cast of the Transformers spinoff, signing on for an unspecified role. The film, which is being directed by Travis Knight (Kubo and the Two Strings), features a cast that includes Hailee Steinfeld (Edge […] 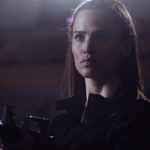 THR has revealed that Jennifer Garner is in talks to join the upcoming revenge thriller Peppermint, which is being directed by Pierre Morel (Taken) from a script by Chad St. John (London Has Fallen). Pitched as a “female John Wick”, Peppermint follows “a young mother who, after her husband and daughter are murdered, finds herself […]

THR is reporting that Lakeshore Entertainment has won a fierce bidding war for the rights to Peppermint, a female-led revenge thriller which is being directed by Pierre Morel (Taken) from a script by Chad St. John (London Has Fallen). Dubbed a “female John Wick“, the film centres on a young mother who finds herself with […]