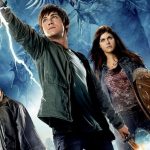 Last year, author Rick Riordan and his wife announced the Percy Jackson book series is set to be re-adapted as a television series for the Disney+ streaming service, and now, the author has offered an update on the upcoming series. Over on his own personal blog, Riordan revealed that the creative team is currently adding the finishing […] 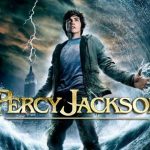 Last month, author Rick Riordan and his wife announced the Percy Jackson book series is set to be re-adapted as a television series for the Disney+ streaming service. Now, one of the stars of the two 20th Century Fox feature films – 2010’s Percy Jackson and the Lightning Thief and 2013’s Percy Jackson: Sea of Monsters – has offered […]

Disney+ looks to tackle the iconic series of novels titled Percy Jackson & the Olympians. After seeing two live-action film adaptations, the series will come to the Disney streamer, says the franchise’s creator. Rick Riordan, the author of the Percy Jackson book series, announced in a video on Twitter alongside his wife, Becky. Check out […] 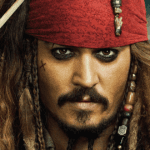 George Chrysostomou on movie franchises and when they are beyond saving… In a world of record breaking blockbusters year in year out, the big studios look to push their chosen franchise to their absolute financial limit in an effort to tell as many stories as they can whilst squeezing every last penny out of the […]