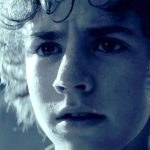 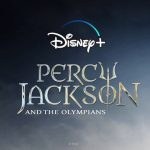 Earlier this month, it was announced that Disney+’s upcoming series adaptation of Percy Jackson and the Olympians had rounded out its main trio with the casting of Aryan Simhadri (Cheaper by the Dozen) as Grover and Leah Sava Jeffries (Empire) as Annabeth alongside Walker Scobell as Percy Jackson. However, so-called fans of the series have expressed […] 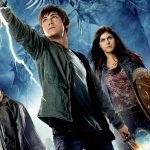 After being in development since May 2020, the Percy Jackson and the Olympians TV series, based on author Rick Riordan’s best-selling series of novels, has officially been greenlit at Disney+. The announcement came from Riordan himself via a message on Disney+’s social media accounts, with the author stating: “The wait is over, demigods. I am thrilled […]

Percy Jackson author Rick Riordan has revealed that James Bobin, who recently helmed the Dora and the Lost City of Gold movie, will direct the pilot episode for the upcoming television series for the Disney+ streaming service. Taking to his own personal blog, Riordan broke the news of Bobin’s hiring, stating that he “is both a […]

Last year, author Rick Riordan and his wife announced the Percy Jackson book series is set to be re-adapted as a television series for the Disney+ streaming service, and now, the author has offered an update on the upcoming series. Over on his own personal blog, Riordan revealed that the creative team is currently adding the finishing […] 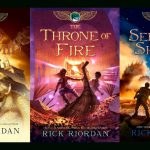 Rick Riordan, author of the Percy Jackson novels, has announced he is developing his Egyptian mythology series The Kane Chronicles into feature films at Netflix. The Kane Chronicles, which consists of three novels including The Red Pyramid, The Throne of Fire and The Serpent’s Shadow, follows teen protagonists Carter and Sadie Kane, who are descended from the […]