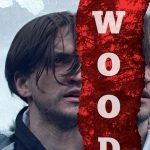 A poster and trailer have been released for writer-director Jon Silverberg’s psychological thriller Woodland which stars Richard Harmon as an out of work photojournalist who discovers his disturbing future is revealed to him through the photographs he takes; check them out below… Set in 1989, Jake (Richard Harmon), an out-of-work photojournalist who struggles with addiction […]