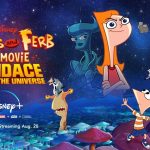 Disney+ has announced that the original animated movie Phineas and Ferb The Movie: Candace Against The Universe is set to stream exclusively on the service from Friday August 28th; check out the key art here… Executive-produced by Dan Povenmire and Jeff “Swampy” Marsh, the creators/executive producers of the Emmy Award-winning series, Phineas and Ferb The […] 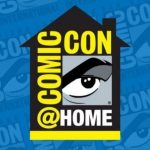 With the San Diego Comic-Con International cancelled this year due to the global health crisis, the organisers of the world’s biggest pop culture convention are putting together a virtual event to take place in its stead, and Disney+ has announced its plans with virtual panels for the documentary series Marvel’s 616, animated feature Phineas and […]