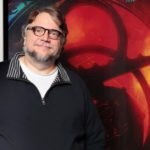 Guillermo del Toro is finally set to make his long-gestating passion project Pinocchio, with Netflix announcing that it is teaming with the Oscar-winning filmmaker on the stop-motion animated musical. “No art form has influenced my life and my work more than animation and no single character in history has had as deep of a personal connection […] 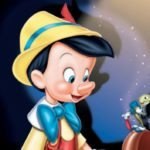 Last week it was reported that Paddington and Paddington 2 director Paul King has signed on to direct Warner Bros.’ Willy Wonka movie, and now comes word from THR that the filmmaker has added another high profile project to his slate. According to the site, King will direct Pinnochio, Disney’s latest adaptation from its animated […]

It looks like Disney will have to find a new director to pull the strings on its live-action Pinocchio film, with The Tracking Board reporting that Sam Mendes (American Beauty, Skyfall) has exited the project. It’s unclear why the filmmaker has opted to drop out of Pinocchio, but it has prompted speculation that Mendes could […]

Guillermo del Toro has revealed that his planned Pinocchio movie is no longer happening. The director’s stop-motion adaptation of the classic tale had been in the works since 2008, wanting to base his film on Gris Grimly’s art of Carlo Collodi’s famous 1883 novel, The Adventures of Pinocchio. The idea was to make a much […]

Like many of his projects, Guillermo del Toro’s planned stop-motion animated adaptation of Pinocchio seems to have found itself stuck in limbo, with very little in the way of movement. In January, del Toro announced that he was still working on the film, and had enlisted Emmy winner Patrick McHale to help pen the screenplay. And […]

RESIDENT EVIL(S) Over the weekend Constantin Films and Sony Gems announced they would rebooting the Resident Evil franchise following on from Paul W.S. Anderson’s swansong Resident Evil: The Final Chapter. Producer Samuel Hadida had mentioned the possibility of this back in 2012 so it should come as no surprise, and it has been announced that […]

It looks like Disney may have found a director for its live-action Pinocchio remake, with Deadline reporting that Skyfall and Spectre helmer Sam Mendes is in talks to join the project, which has been scripted by Chris Weitz (Rogue One: A Star Wars Story). Pinocchio is one of many animated classics that Disney is remaking; […]

It’s been a while since we’ve heard anything on Guillermo del Toro’s stop-motion animated adaptation of Pinocchio, but during an interview with Collider the fan favourite filmmaker has revealed that he’s still working on the project, and has enlisted Emmy winner Patrick McHale to help pen the script. “I’m preparing my first stop-motion animation feature […]

Disney has announced that its timeless tale Pinocchio is joined the Walt Disney Signature Collection this January, with a new release featuring the animated classic alongside hours of new and classic bonus features. “Pinocchio” is considered one of the greatest animated films ever made, with two Academy Awards® — for best original score and best […]

Deadline is reporting that Italian actor Toni Servillo (The Great Beauty) is set to reunite with his Gomorrah director Matteo Garrone on a new live-action version of Pinocchio. Servillo is set to play Geppetto in the film, which is said to be taking an “artisanal approach, blending prosthetics, special makeup and CGI.” “Pinocchio is a […]