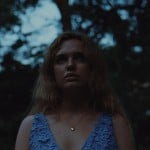 Vertical Entertainment has released a trailer, poster and images for the upcoming mystery thriller The Giant. Written and director David Raboy, the film stars Odessa Young as Charlotte, a teenager who finds her life changed forever when a series of murders begin in her small town on the same night that her missing boyfriend suddenly […]