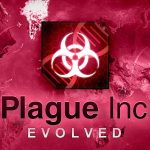 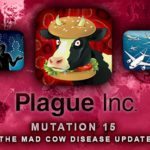 The mad scientists among you will be happy to hear that Ndemic Creations have released the Mutation 15 update for their strategy title, Plague Inc.  This latest mutation, titled The Mad Cow Disease Update, sees the release of three brand new official scenarios to challenge players. The three new scenarios in The Mad Cow Disease […]

Ndemic Creations have announced that a standalone Scenario Creator is now available for their human race destroying strategy game Plague Inc. is available to download now on iOS and Android.  With this new easy to use app players can create their own scenario using the deadliest and most infectious plagues to hit mankind and then share them with […]