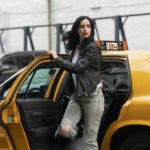 Eammon Jacobs reviews the third and final season of Jessica Jones… The age of Marvel’s Netflix shows has finally come to an end with Jessica Jones‘ third season. After a disappointing second season, it’s a return to form for the superhero private eye. It doesn’t quite reach the dizzying heights of the first season, but […]

Netflix has released a new featurette for the third and final season of Jessica Jones which sees Rachael Taylor discussing the her character Trish Walker’s evolution into a powerful vigilante, along with her relationship with Krysten Ritter’s Jessica; watch it here… SEE ALSO: Jessica confronts Trish in first clip from Marvel’s Jessica Jones season 3 […] 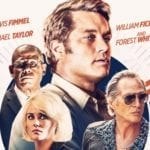 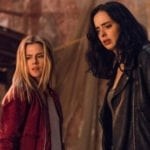 Last month it was reported that lead actress Krysten Ritter is set to make her directorial debut on an episode of the upcoming third season of Netflix and Marvel’s Jessica Jones, and now some set photos have arrived online showing Ritter directing her co-star Rachael Taylor (Trish Walker). Check them out here… SEE ALSO: Krysten […]

Spoilers for Jessica Jones season 2 follow… Season two of Marvel’s Jessica Jones saw a major shake-up in the relationship between Krysten Ritter’s Jessica and her now former best friend and adoptive sister Trish Walker (Rachael Taylor). In the season finale ‘AKA Playland’, Trish – who now possesses superhuman abilities of her own having forced Karl […] 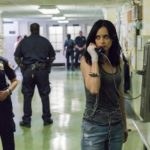 Over the weekend we got our first look at Marvel’s The Defenders thanks to a batch of official images from the upcoming Netflix team-up [see here], and now the steaming service has unveiled another couple of stills featuring Jessica Jones (Krysten Ritter), Trish Walker (Rachael Taylor) and Danny Rand (Finn Jones). SEE ALSO: Charlie Cox […]

Ahead of its world premiere at the Toronto International Film Festival next weekend, a poster and trailer have arrived online for the upcoming sci-fi thriller Arq. The film marks the directorial feature length debut for Orphan Black writer Tony Elliott and stars Robbie Amell (The Flash) and Rachael Taylor (Jessica Jones); take a look below… In a dystopian future, […]

With Netflix announcing earlier this month that it has renewed Jessica Jones, star Rachael Taylor has been talking to Comic Book Resources about what she’d like to see for her character Trish Walker in the second season of the Marvel show… yep, you’ve guessed it – Hellcat! “I try not to get ahead of myself […]