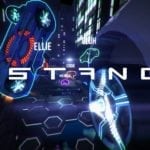 Indie developer Refract Studios has announced that their survival racing game Distance will be leaving Steam Early Access for a full release on 18th September.  This atmospheric racer has been on Steam Early Access since 2014 and has attracted more than 150K players who have played more than 13.5 million levels.  The new trailer below […]