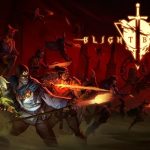 Ronimo Games and Devolver Digital have announced the arrival of the second update for their dark multiplayer dungeon crawler Blightbound on Steam Early Access. The Wolfpack Update will provide players with a new area to explore, brand new heroes to recruit and lots more loot to discover.  Watch the new trailer below to see more […] 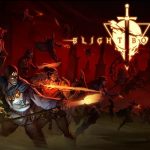 Devolver Digital and developer Ronimo Games (of the awesome Awesomenauts) have announced that their upcoming multiplayer dungeon crawler, Blightbound, will be arriving on Steam Early Access on 29th July.  capable of both local and online multiplayer, Blightbound will see three heroes venture out of their refuge to fight terrifying abominations.  See mroe in the new trailer below… This […] 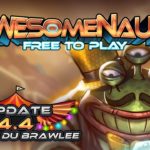 Awesomenauts fans get ready for the Cirque Du Brawlee is in town thanks to update 4.4.  This awesome new update introduces lots of new features that will mix up the gameplay such as the addition of a weekly Brawl that will provide bonus XP and Awesomepoints rewards to anyone who takes part.  Check out the […] 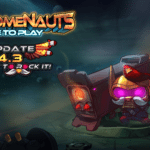 Awesomenauts update 4.3 is now available on Steam and this update brings the game’s 32nd ‘Naut to the fray.  Commander Rocket is a hardened soldier who brings hardcore action into battle with his rocket launcher.  To see Commander Rocket in action watch the video below… Commander Rocket was a soldier with many years experience until […]

Ronimo Games have announced that their hit 2D multiplayer battle game, Awesomenauts, is now available to download for free from Steam.  Ronimo have tested their systems and made improvements to ensure all will run smoothly during this free to play transition.  To celebrate the game going free on Steam Ronimo have also unveiled a new trailer which […]

Ronimo Games have announced that Update 3.5: Unleash your Power for their hit multiplayer battle game Awesomenauts is now available to download from Steam.  This latest update brings a great new character to the playable roster and also fully-featured modding support.  The best news of all though is that the update is free to all Awesomenauts players. The […]

Ronimo Games have announced that Awesomenauts update 1.6 has arrived on Xbox One and Playstation 4 and with it comes a new character, new premium skins, Assists and tweaks and bug fixes. The free new character arriving on consoles is Ix the Interloper.  Ix was a Luxuxi spirit who became more than a little annoyed at […]

Thanks to the hard work of the people at Ronimo Games fans of Awesomenauts will be pleased to hear that Awesomenauts Update 3.3: Rise of Galactron has launched on to Steam.  This latest update brings overhauled menus, a rebuild of the matchmaking system and the giant robot called Galactron. The multiplayer rebuild brings a AAA look and […]

Ronimo Games have announced that their popular platforming action multiplayer title, Awesomenauts Assemble!, is now available on Xbox One, and to celebrate a launch trailer has been revealed, which you can watch below… Awesomenauts Assemble! is set in the year 3587. It is a time when conflict spans the universe as huge robot armies battle for galactic supremacy.  In an effort […]