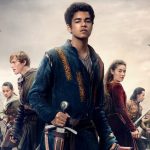 Netflix has released another trailer for The Letter for the King ahead of its arrival on the streaming service next month. The fantasy series stars Amir Wilson as a young knight in training on an epic quest alongside a cast that includes Ruby Serkis, Thaddea Graham, Gijs Blom, Andy Serkis, David Wenham, and Peter Ferdinando; […] 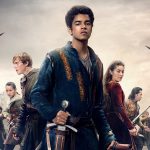 Netflix has released a teaser trailer and poster for the upcoming fantasy series The Letter for the King. Based on Tonke Dragt’s bestselling novel of the same name, it follows a young Knight in training on a quest to deliver a secret letter to the King and features a cast that includes Amir Wilson, Ruby […]