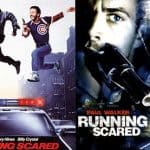 Tom Jolliffe looks back at two films with the same title, Running Scared (1986 and 2006)… 2021 brings with it several significant anniversaries. Interestingly though it brings significant anniversaries to two somewhat underappreciated films that share the same title. First of all we have Running Scared, the Peter Hyams helmed action comedy from 1986. That […]