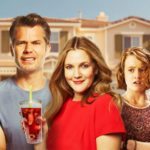 Streaming service Netflix has announced that it has cancelled its dark horror-comedy series Santa Clarita Diet, which stars Drew Barrymore and Timothy Olyphant as Sheila and Joel Hammond, a couple whose life is thrown into disarray when Sheila is transformed into flesh-craving zombie. “The world had never known a ‘zom-com’ until Santa Clarita Diet, and […] 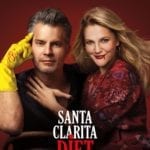 With a little over two weeks to go until the third season of Santa Clarita Diet arrives on Netflix, the streaming service has released a new trailer for the hit comedy horror series along with a poster featuring Timothy Olyphant and Drew Barrymore; check them out here… Joel (Timothy Olyphant) and Sheila (Drew Barrymore) are […] 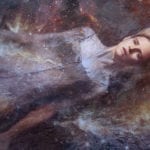 Samuel Brace with five reasons to look forward to the next five weeks on Netflix… Sometimes there are lulls in the entertainment sphere. Whether you are talking film or TV, there are certain periods throughout any year when there just isn’t all that much going on. Conversely, there are moments where all of our Christmases […] 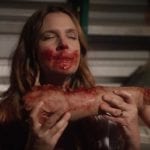 Netflix has revealed that the third season of its hit cannibal comedy series Santa Clarita Diet is set to arrive on the streaming service on March 29th; check out the date announcement trailer here… Joel (Timothy Olyphant) and Sheila (Drew Barrymore) are husband and wife realtors leading vaguely discontented lives in the L.A. suburb of […] 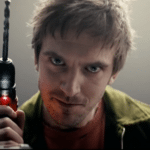 Samuel Brace with the four best TV shows of 2018 so far… 2018 certainly got off to a slow start in the realm of high-quality TV. With years past treating us to some phenomenal offerings early on in proceedings, 2018 has seen a number of these shows pushed further down the line, leaving the opening […] 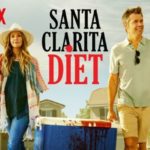 Netflix has announced that its hit cannibal comedy series Santa Clarita Diet has been renewed for a third season which is expected to hit the streaming service in 2019; check out the announcement video here… Joel (Timothy Olyphant) and Sheila (Drew Barrymore) are husband and wife realtors leading vaguely discontented lives in the L.A. suburb […] 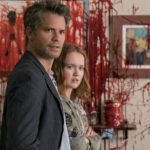 Ahead of its premiere next week on Netflix, a featurette has arrived online for  the upcoming cannibal comedy series Santa Clarita Diet entitled ‘Meet the Hammonds’ which features interviews with stars Drew Barrymore (Sheila Hammond), Timothy Olyphant (Joel Hammond) and Liv Hewson (Abby Hammond) and showrunner Victor Fresco; take a look below after the official […]