HBO has released a new teaser for the acclaimed sci-fi drama series Westworld, which reveals that the show it is set to return for its third season on March 15th; take a look here… SEE ALSO: Westworld season 3 promo introduces the mysterious Incite tech company SEE ALSO: Westworld Season 3 will only be eight episodes […] 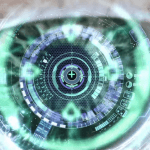 HBO has released a new promo for the third season of its acclaimed sci-fi drama series Westworld which introduces the mysterious (and presumably nefarious) tech company Incite Inc. and its co-founder Liam Demspey Sr., played by Jefferson Mays; watch it here… SEE ALSO: Westworld Season 3 will only be eight episodes long WESTWORLD is a […] 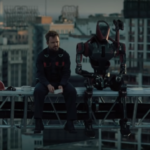 The upcoming third season of the HBO sci-fi series, Westworld, will only consist of eight episodes, compared to the first two seasons which both featured 10 episodes – making it the shortest season yet. According to a new report by The Wrap, there are currently no details on the length of the episodes regarding if HBO […] 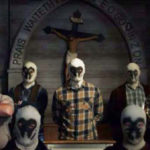 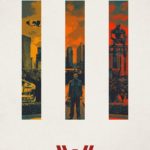 During its Hall H panel at San Diego Comic-Con, HBO released a new trailer for the third season of the Emmy Award-winning sci-fi drama series Westworld; watch it here… SEE ALSO: Details on Aaron Paul’s Westworld season 3 character revealed by creators WESTWORLD is a dark odyssey about the dawn of artificial consciousness and the […]

Jonathan Nolan and Lisa Joy, the creators of Westworld, have spoken a little about the nature of Aaron Paul’s season three character. There are a lot of changes coming Westworld‘s way in season three and this includes the introduction of an important new character played by Aaron Paul of Breaking Bad fame. The character has […] 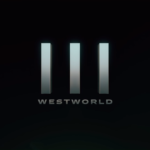 Westworld season 3 will be easier to follow according to the show’s co-creator Jonathan Nolan. Westworld has certainly done a great job at gripping audiences over its first two seasons, with all its twists and turns constantly keeping fans guessing. But what about those who find the show hard to follow? Well, there is some […] 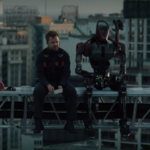 HBO has revealed the first teaser trailer for the third season of the critically acclaimed sci-fi drama series Westworld featuring Evan Rachel Wood, Aaron Paul, Lena Waithe, Scott Mescudi, and Marshawn Lynch; watch it here… WESTWORLD is a dark odyssey about the dawn of artificial consciousness and the birth of a new form of life […] 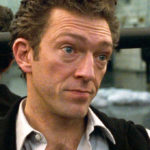 The third season of HBO’s hit sci-fi series Westworld will see the addition of another new face. According to Deadline, Vincent Cassel (Black Swan) has joined the series in a series regular role for the upcoming season. While his exact role is being kept under wraps, Cassel is expected to be the season’s new villain. “We’re incredibly […]