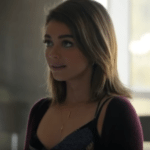 Variety is reporting that Modern Family star Sarah Hyland is set to headline the romantic comedy The Wedding Year, which is being directed by Robert Luketic (Legally Blonde, Monster-in-Law, The Ugly Truth). The film will see Hyland as “a Los Angeles photographer who’s never getting married. So, when she and her new ready-to-settle-down boyfriend are […]

The actors behind Modern Family’s children have signed a new two season deal. Closing their deals for two new seasons of the ABC sitcom, Rico Rodriguez, Nolan Gould, Sarah Hyland, and Ariel Winter, have all been given big pay bumps as a part of their agreements. It was a rather lengthy negotiation between the stars […]

Coinciding with its San Diego Comic-Con panel, Freeform has released a sizzle reel giving us a sneak the remaining episodes of the second season of Shadowhunters; check it out below along with a clip from the series which gives viewers a first look at Sarah Hyland as Seelie Queen.. Based on the bestselling young adult fantasy […]

Coinciding with its season 2B premiere last night, Freeform has announced that Modern Family star Sarah Hyland is set to make a guest appearance in Shadowhunters. According to Variety, Hyland will appear in two episodes of the show this summer in what is being described as a “special guest appearance”. It will see her sharing […]

With just three weeks to go until its premiere, a trailer has arrived online for the Netflix Original film XOXO, which follows a group of 20-somethings on a crazy adventure to the biggest EDM festival in America. The film is directed by Christopher Louie and features a cast that includes Sarah Hyland, Ione Skye, Colin […]

A trailer has arrived online for Jeffrey G. Hunt’s upcoming horror Satanic which stars Sarah Hyland, Justin Chon, Clara Mamet and Steven Krueger; take a look below after the official synopsis… Satanic follows a van full of young, college-aged coeds who are visiting old Satanic Panic-era sites in Los Angeles. They end up following the […]