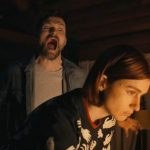 Scare Me, 2020. Written and Directed by Josh Ruben. Starring Josh Ruben, Aya Cash, and Chris Redd. SYNOPSIS: Fred (Josh Ruben) and Fanny (Aya Cash) compete over who can tell the best scary stories. Fred is doing everything right. He’s got an idea. He’s rented a cabin in the woods. Everything is in place for […]

Ahead of its premiere on Shudder this October, a new trailer has been released for writer-director Josh Ruben’s horror comedy Scare Me which stars Ruben and Aya Cash as two strangers who challenge each other to tell scary stories during a power outage in a cabin in the woods; watch the trailer here… Fred (Josh […] 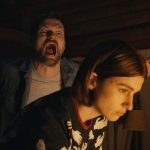 Shudder has released a trailer, poster and images for the upcoming horror-comedy Scare Me. The film marks the feature debut for writer-director Josh Ruben, who also stars in the film alongside Aya Cash and Chris Redd. Fred (Josh Ruben, CollegeHumor), a frustrated copywriter, checks into a winter cabin to start his first novel. While jogging […] 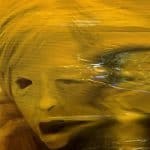 EJ Moreno casts his eye back over the year in horror… The landscape of cinema was forever changed by 2020. From the global pandemic to streaming’s rapid growth, it seems like everything was rocked for better or worse. But something thrived in the rockiest of times, a genre that lives on the margin of indie […]