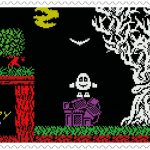 Royal Mail are celebrating British video games this January with a collection of new stamps showing iconic games from the 1980s and 1990s.  During these two decades British developers dominated the 8 bit and 16 bit markets with some absolutely fantastic games. There’s so many great games from British Developers during this period that it […]