Netflix has announced that cameras are now rolling on the fourth season of its hit comedy-drama series Sex Education, and with the news comes the announcement that Schitt’s Creek star Dan Levy has joined the show in the role of Thomas Molloy, an author teaching Maeve (Emma Mackey) during her studies in the States. this […] 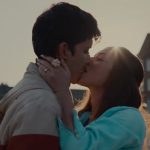 Ahead of its arrival on Netflix this Friday, another trailer has been released for the third season of the comedy drama series Sex Education; watch it here… It’s a new year, Otis is having casual sex, Eric and Adam are official, and Jean has a baby on the way. Meanwhile, new headteacher Hope tries to […] 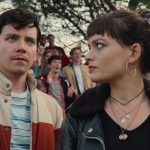 A new batch of images have been released for the third season of Netflix’s comedy drama series Sex Education ahead of its arrival on the streaming service this September; check out Otis’ new moustache and the rest of the images here… SEE ALSO: Sex Education season 3 promo introduces Moordale’s new headmistress It’s a new […] 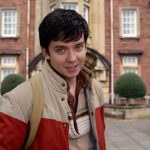 Netflix has released a new promo for season 3 of the comedy drama series Sex Education which sees the students of Moordale Secondary participating in an advert for the school and introduces us to its new headmistress Hope (Jemima Kirke); check it out here… “It’s a new year, Otis is having casual sex, Eric and […] 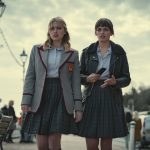 Netflix has announced production on the third season of the hit comedy Sex Education has begun with a behind-the-scenes video showcasing several members of the cast preparing to return to set. 🍆 NEWS 🍆: Sex Education S3 is officially in production pic.twitter.com/dj1pqdHqau — Netflix UK & Ireland (@NetflixUK) September 9, 2020 Sex Education was originally set to […]

Less than a month after the arrival of its second season, Netflix has announced that it has renewed the Asa Butterfield and Gillian Anderson comedy series Sex Education for a third season. Here’s the announcement video from the official Netflix Twitter account… let’s talk about sex baby, let’s talk about season 3 (of Sex Education) […] 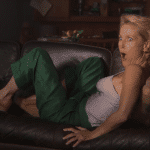 With a little over a week to go until season 2 of Sex Education arrives on Netflix, the streaming service has released a new trailer for the comedy drama series which you can check out here… In season 2, as a late bloomer Otis must master his newly discovered sexual urges in order to progress […] 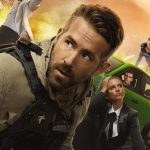 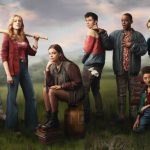 Netflix has released a banner for Sex Education which assembles the cast of the comedy drama and reveals the series will return for its second season on January 17th; check it out here… SEE ALSO: Netflix releases first-look images from Sex Education season 2 In season 2, as a late bloomer Otis must master his […]