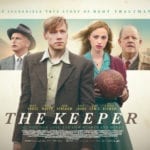 Sara Hemrajani on the rise of Nicholas Hoult… The transition from child star to serious adult actor has always been notoriously difficult – for every triumph there seems to be double the number of failures. But one talent defying the odds is Nicholas Hoult. He joined the business as a 7-year-old, and now, nearly two […]