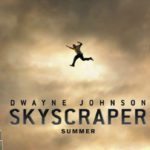 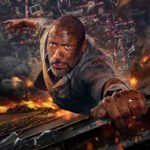 Universal Pictures has released a new poster for the upcoming action thriller Skyscraper which features Dwayne Johnson’s Will Ford perilously hanging one-handed from the side of a building in a state of destruction; check it out here… Global icon Dwayne Johnson leads the cast of Legendary’s Skyscraper as former FBI Hostage Rescue Team leader and U.S. war […] 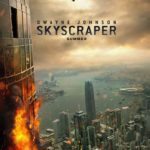 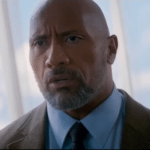 With the first trailer for Skyscraper set to arrive this Sunday during the Super Bowl, Dwayne Johnson has taken to Instagram to reveal a brief teaser for the upcoming action thriller which you can check out here… View this post on Instagram THIS SUNDAY during the SUPER BOWL you’ll see the first look at our […]

Marco Polo’s Chin Han has joined the cast of the action thriller Skyscraper. Deadline reports he will star alongside Dwayne Johnson and Neve Campbell with Rawson Marshall Thurber directing. Han most recently starred in the live action Ghost in the Shell earlier this year and is also known for his roles in The Dark Knight and Captain America: The Winter Soldier. […]

Deadline is reporting that Neve Campbell has signed on to star alongside Dwayne Johnson in the upcoming action thriller Skyscraper, which is being directed by Rawson Marshall Thurber (Central Intelligence) for Universal Pictures. The film sees The Rock as “a former FBI Hostage Rescue Team leader and war veteran who now assesses security for skyscrapers. […]

After a fierce bidding war, Legendary has snapped up the rights to Skyscraper, a China-set action film which will reunite Central Intelligence star Dwayne Johnson with director Rawson Marshall Thurber. The Hollywood Reporter reveals that while details are being kept under wraps, the project is “an adventure thriller that takes place in a mega-skyscraper set […]