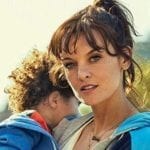 Showtime has announced that it has cancelled its Golden Globe-nominated comedy series SMILF after two seasons, following reports back in December that producers ABC Studios were investigating complaints made against creator and star Frankie Shaw. “After weighing a variety of factors, Showtime has decided that ‘SMILF’ will not move forward for a third season,” reads […]