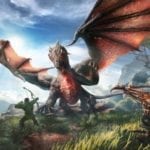 The Pterosaur Hill DLC is now available for Snail Games’ ARK Park and places the focus on flight.  This free new DLC includes three new maps, a new mode of transport and the largest of the prehistoric flying creatures.  Pterosaur Hill is available on SteamVR, Windows MR and PSVR and will be released on Oculus and Viveport […] 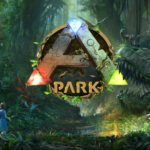 Snail Games’ ARK Park is now available for all major VR systems and takes players to experience a realistic dinosaur theme park simulation.  Players will choose their own adventure in the park, visiting whichever biome they want when they want.  This is certainly the place for dinosaur fans and Ark gamers to visit. In ARK Park players will […] 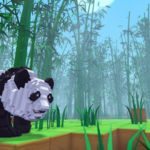 Snail Games have announced that their voxel based open world sandbox survival game PixArk will be arriving on Steam Early Access and Xbox Games Preview this March.  Based on the hit game Ark: Survival Evolved, PixArk will see a different take on being stranded on an island with dinosaurs and other creatures.  The game is expected for […]

Snail Games have announced that their popular mobile device action RPG Taichi Panda: Heroes has received its first big update as The Underwater Uprising update introduces a new hero, new mounts annd a new PvP battlefield to fight over.  Watch the new trailer below to see the contents of this new update… The Underwater Uprising […]

Fans of Snail Games’ mobile dungeon crawling RPG, Taichi Panda: Heroes, will be excited to hear that the game has received a huge content expansion update.  The Faction Showdown Update will introduce lots of new content including new heroes, a new mount, a new campaign chapter and much more. Not only will the Faction Showdown […]