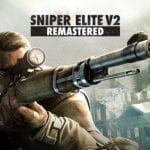 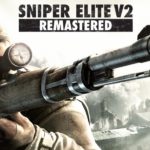 Rebellion has released a new trailer for the upcoming Sniper Elite V2 Remastered which provides viewers with ‘7 Reasons to Upgrade’ to the studio’s remaster of the 2012 classic.  Watch the trailer below and leave a comment to let us know whether you’re convinced… Sniper Elite V2 Remastered will feature updated visuals with beautifully created environments, characters, […]

Developer Rebellion has announced the next mainline entry in the series (guessing ‘Sniper Elite 5′), a Sniper Elite VR title, Sniper Elite V2 Remastered, and Sniper Elite 3 Ultimate Edition for Nintendo Switch. V2 Remastered is an updated version of the original 2012 stealth sniper shooter (including all DLC). It is set to be released […] 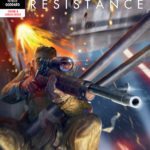 Scott Watson reviews Sniper Elite 4: Deathstorm Part 2: Infiltration… Hats off to Rebellion, they’ve done a damn fine job with keeping those of us in need of our Sniper Elite fix entertained. The drip feed of season pass DLC and additional free content in the way of maps, modes, weapons and skins has been pretty […]

Scott Watson reviews Sniper Elite 4… The Sniper Elite series has been on the go since 2005, with an impressive 10 million plus units shifted since Rebellion first brought it to console and PC.  It may have been around for the best part of 12 years, but Sniper Elite 4 is my first introduction to […]

Rebellion has released the first footage and screenshots of the pre-order content for Sniper Elite 4, Target: Führer, which sends players on a mission to assassinate the Nazi Commander-in-Chief Adolf Hitler. Check them out here… Featuring an expansive coastal environment – including a lofty U-boat facility packed with elite Nazi troops and the kind of […]

Rebellion has released the first story trailer for Sniper Elite 4, entitled ‘Italy 1943’, which features previously unseen concept art, environments, factions and brand new story details for the upcoming AAA shooter sequel. “In Sniper Elite 4, Karl is plunged into a country that’s been under the yoke of Mussolini’s Fascism for over two decades,”states narrative designer […]

Rebellion has released the first gameplay trailer for Sniper Elite 4, which features a teaser for Target Führer, an extra campaign mission free for those who pre-order the World War II shooter on any format. Check it out below… With many millions of views on YouTube and countless gameplay hours logged, the series’ renowned Hitler-assassinating […]

Rebellion has announced that the fourth instalment of the 10-million selling Sniper Elite series is set to launch this year on PlayStation 4, Xbox One and PC. Check out the reveal trailer for Sniper Elite 4 here… Set in the immediate aftermath of its award-winning predecessor, Sniper Elite 4 continues the series’ World War Two […]