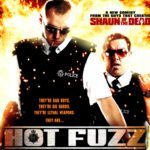 Anghus Houvouras with a discussion on which year had the best blockbusters. First up, 1999…. The Case for: The Matrix Fight Club The Sixth Sense American Pie Galaxy Quest Austin Powers: The Spy Who Shagged Me South Park: Bigger, Longer, and Uncut Bowfinger The Blair Witch Project Deep Blue Sea The Case Against: Star Wars […]