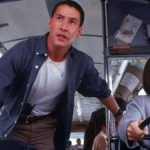 Jan de Bont, who directed both 1994’s Speed and its 1997 sequel Speed 2: Cruise Control, has addressed the possibility of a third instalment in the action franchise. In an interview with Collider, de Bont revealed that while he is not a huge fan of sequels, there is a slight chance that Speed 3 could happen in the future […]