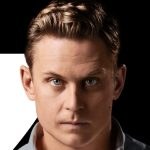 Netflix’s reboot of the Spy Kids franchise has added Billy Magnussen (No Time to Die) to its cast, per Deadline. Magnussen joins a cast that includes Gina Rodriguez (Jane The Virgin), Zachary Levi (Shazam! Fury of the Gods), Everly Carganilla (The Afterparty) and Connor Esterson in his feature film debut. They will star as the new family […] 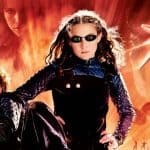 21 years later and Robert Rodriguez has found a new Spy Kids family for his Netflix, Skydance and Spyglass remake of the much beloved family action franchise. The roles will be filled by Annihilation‘s Gina Rodriguez, Shazam! star Zachary Levi, The Afterparty‘s Everly Carganilla, and newcomer Connor Esterson. Deadline report that this latest Spy Kids […]

Robert Rodriguez is returning to his Spy Kids franchise as he and Netflix are teaming up to relaunch it with a new film for the streaming service. The news comes exactly 21 years after the release of the first Spy Kids film in 2001. It starred Alexa PenaVega and Daryl Sabara as Carmen and Juni Cortez who discover […]

A reboot of the Spy Kids film series is on the way, with series creator Robert Rodriguez returning to write and direct. According to Deadline, Skydance Media has optioned the rights to reimagine the popular franchise, in collaboration with Spyglass Media Group (who currently own the rights to the movies) and Rodriguez, whose other well-known […]