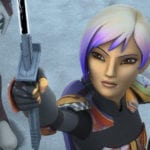 Ricky Church chats with Tiya Sircar about Star Wars Rebels… Earlier this year, Star Wars Rebels‘s four-season run came to an end as the Ghost crew made a desperate attempt to free the planet Lothal from the Empire’s grip. The final episodes were some of the series most intense and action packed, especially for it’s two […] 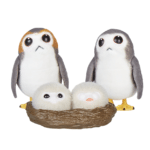 Hasbro has released a batch of promotional images for its Star Wars: Forces of Destiny Chewbacca and Porgs collectible set which will be available exclusively at San Diego Comic-Con later this month, priced at $49.99; take a look here… Journeying to the sacred island of AHCH-TO, CHEWBACCA meets the PORGS, a curious avian species found […] 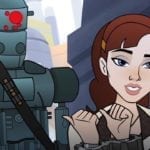 The official Disney YouTube channel has released a new episode of Star Wars: Forces of Destiny, which sees Solo: A Star Wars Story’s Qi’ra along with Hondo and IG-88. Watch it here… Hondo teams up with bounty hunter droid IG-88 to capture Qi’ra, but she outsmarts both her pursuers by pitting them against each other […] 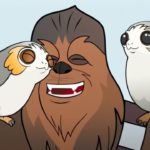 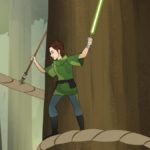 It’s Star Wars Day tomorrow, and to celebrate Disney has announced that it will be debuting seven new Star Wars: Forces of Destiny shorts. Check out a selection of promotional images here via Star Wars Explained, along with episode titles and synopses… “Chopper and Friends” – When Chopper enlists a pair of Ewoks to help […] 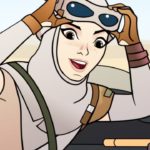 Disney and Lucasfilm continue to showcase the female heroes of the galaxy far, far away with the release of the second season of Star Wars: Forces of Destiny, featuring eight new animated shorts from the Prequel, Original and Sequel Trilogy eras; watch them here… “Hasty Departure” — Hera and Sabine liberate an Imperial shuttle only […] 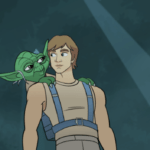 Disney and Lucasfilm are set to launch a new season of eight Star Wars: Forces of Destiny shorts later today, which will include a pair of episodes based upon December’s Star Wars: The Last Jedi. Check out a batch of promotional images below, along with synopses for the new shorts… “Hasty Departure” — Hera and […] 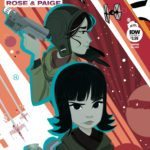 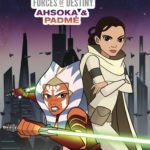 Ricky Church reviews Star Wars: Forces of Destiny – Ahsoka & Padme… One character who has become a Star Wars fan-favourite over the years is Anakin Skywalker’s padawan, Ahsoka Tano. Introduced in the Star Wars: The Clone Wars animated film, Ahoksa was one of the primary characters in the large ensemble of the television series with a clear arc […] 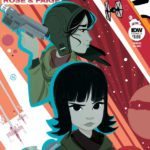 IDW continues its Star Wars: Forces of Destiny series this week by putting the spotlight on Star Wars: The Last Jedi’s Rose and Paige Tico; check out a preview here… Star Wars Adventures has joined the festivities with an exciting weekly series of comic books that explores all corners of the Star Wars universe, showing […]