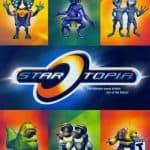 MRIXRT presents a look at Startopia… During the 1990s, a genre of video games called simulation titles came to be beloved by the masses. They featured an interesting concept- whereas a conventional video game would be escapism, simulation titles would be based on realistic prospects like running a business. The SimCity franchise is the most […]