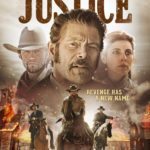 Chasing Butterflies Pictures and Universal Pictures Home Entertainment are set to release the Western drama Justice this coming September, and we’ve got an exclusive look at the trailer which you can watch below or over on our YouTube channel… It’s 1870 and the Civil War has been over for three years. An old, abandoned mine […] 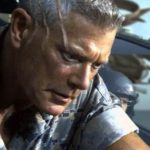 Despite his apparent demise in Avatar, Stephen Lang is confirmed to be reprising his role for James Cameron’s upcoming sequels, and now Cameron has revealed that he will in fact be the main villain in all four of the new movies. “The interesting conceit of the Avatar sequels is it’s pretty much the same characters,” Cameron tells Empire. […]

As director James Cameron begins his work on his ambitious sequels to Avatar, we have our first new casting announcement not just for Avatar 2, but for the rest of the series. Deadline has confirmed Fear the Walking Dead‘s Cliff Curtis has signed on for a lead role in all four sequels as Tonowari, leader of the Metkayina, […]

A new trailer has arrived online for director Shane Dax Taylor’s upcoming thriller Isolation which stars Dominic Purcell, Stephen Lang, Tricia Helfer, Marie Avergopoulos, and Luke Mably; check it out below after the official synopsis… An exciting thriller about a couple, whose marriage is being held together by force of will. They vacation in the Bahamas, […]

Don’t Breathe, 2016. Directed by Fede Alvarez. Starring Jane Levy, Stephen Lang, Dylan Minnette and Daniel Zovatto. SYNOPSIS: Three hard up thieves’ target a war veteran who they believe is sitting on a hefty pay out after the death of his daughter. Considering his blindness and his age they all think this will be an […]

Don’t Breathe, 2016. Directed by Fede Alvarez. Starring Stephen Lang, Jane Levy, Dylan Minnette, and Daniel Zovatto. SYNOPSIS; Hoping to walk away with a massive fortune, a trio of thieves break into the house of a blind man who isn’t as helpless as he seems. 2016 has been a great year for horror so far. […]

Don’t Breathe, 2016. Directed by Fede Alvarez. Starring Jane Levy, Dylan Minnette, Daniel Zovatto and Stephen Lang. SYNOPSIS: A trio of reckless thieves breaks into the house of a wealthy blind man, thinking they’ll get away with the perfect heist. They’re wrong. Sometimes the most simple premise yields the most unforgettable and most entertaining results, […]

Don’t Breathe, 2016. Directed by Fede Alvarez. Starring Jane Levy, Stephen Lang, Dylan Millette and Daniel Zovatto. SYNOPSIS: Rocky, a young woman wanting to start a better life for her and her sister, agrees to take part in the robbery of a house owned by a wealthy blind man with her boyfriend Money and their […]