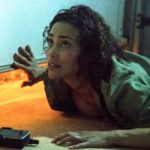 Last summer it was announced that Starz had placed a series order for the supernatural spy drama The Rook, and now comes word from BlackFilm that actress Paula Patton (Warcraft, Somewhere Between) has joined the cast. “I’m going to London to shoot a pilot for Starz called The Rook,” said Patton, whose latest film Traffik was […] 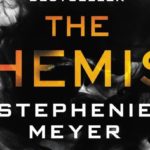 Tomorrow Studios and ITV are developing a small screen adaptation of The Chemist, a thriller novel from Twilight and The Host author Stephenie Meyer. “Stephenie is one of the most prolific authors of our time with her unique portrayal of heroines that resonate with readers and television viewers around the world, and we look forward […]

Starz has given a series order to Lionsgate and Liberty Global for a new supernatural spy thriller entitled The Rook, which comes from Twilight creator Stephenie Meyer and executive producer Stephen Garrett (The Night Manager) and is based upon the novel by Daniel O’Malley. Deadline reports that The Rook is set in London and follows […]