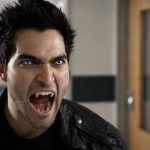 Superman & Lois star Tyler Hoechlin is returning to the world of Teen Wolf in Paramount+’s  Teen Wolf The Movie. Hoechlin starred as Derek Hale in MTV’s Teen Wolf series. He was a mentor to Tyler Posey’s Scott McNall and is something of an antagonist to Scott and others throughout his time on the series. Hoechlin was […]